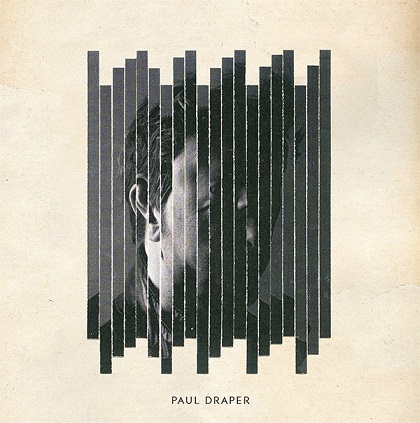 I had a little chat last year with Paul’s drummer on Spooky Action, The Anchoress and ex of The Upper Room. Jon Barnett.  This is the lost page and now updated to today (21 Sep 2015)

Q. Hi John, to people who aren’t aware of you when did you begin drumming? and when did you first begin contact/working with Paul Draper?

Jon. I first started banging on pots and pans whilst watching my Dad on videos at 2 years old, He backed the brotherhood of Man as well as other musical ventures. At 13 I was playing gigs in pubs in various covers bands then drummed in a few ‘Indie’ bands on the Brighton circuit. In my twenties I was signed to Sony in ‘The upper Room’ we had minor success in the UK and Japan scoring a couple of top forties and an album out over here and there. I was always into Mansun and Suzi Meredith told Paul about me after the band got dropped and split up. We started working together in 2008 on various projects after I turned up in his studio in London, one being ‘The Anchoress’ the rest is history I guess.

Q. Also do you play any other instruments?

Jon. No, Ive always wanted to play Guitar but apart from that Drums is my main instrument.

Q. How many packets of Space Raiders a day do you actually eat?? *joke*

Jon. Shit loads!, They’re my guilty pleasure, I’d love to have a kit sponsored by them!

Q. Paul is looking well and focused, has this contributed to this recent burst in creativity in the studio?

Jon. Yes I guess so, I think he’s in a good place and after working with Catherine has given him the confidence to start doing his own stuff again which for one I’m really pleased about!

Q. When in the studio making/creating the music, how have you worked together, does Paul play you the tracks and you learn them? or do you all have input??

Jon. There’s a lot of ‘Jamming’ involved, finding the right groove and
generally getting the blend right but working with a great Bass player has really helped. Myself and ‘Stax’ (Bass) seemed to find a connection very early on, Paul picked up on that but it is all very organic. Paul has his ideas and we try to compliment them.

Q. The ‘moody’ sound mentioned lately, and that is apparent in ‘Feeling My Heart Run Slow’ which Paul says comes from that dark place… Has this affected your drumming in a way that you play more aggressively?

Jon, No I don’t think so, I mean I’ve never really rated myself as a drummer, I just bash about a bit but believe I have a good ‘Feel’ for music, it’s in my blood. After my band split up I didn’t touch a drum for many years until I met Paul and generally only really work with him because I enjoy it. Obviously doing The Anchoress album has been amazing and that may open up ventures to start playing live again

Q. How many tracks would you say you have played on and can you tease us 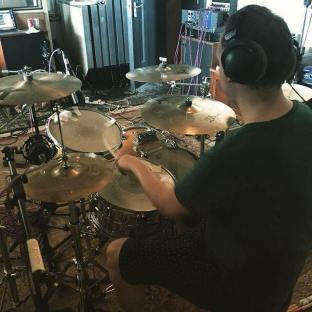 about how they sound?

Jon. We’ve recorded all of the Drum and Bass parts which have sounded pretty groovy but until it’s finished no one knows, however I’m as excited about it as you are!

Q. How is Paul in the studio? I imagine he knows what he wants, and do sessions run into the small hours??

Jon. Yeah I love working with him, it’s really easy which is the way it should be shouldn’t it? If you had told me I’d be working with my musical hero 10 years ago I would have laughed in your face! But here we are and it’s sounding really good. Paul, like any singer/songwriter has his ideas and personally I just try to embellish it. We jam, mess about, try various other avenues and generally get on with it. He lets me and Stax go off piste and put our spin on it and find a common ground.

Q.  NME say Paul is back in the studio in November (2014) are you looking to be working on this whole album, if it comes about?

Jon. Paul posted up a ‘Vine’ on his website of us recording a track with a working title of ‘Cant get fairer than that’ Id say that’s really taken my fancy so far.

Jon. “Its not finished yet mate and i haven’t heard it all but ‘Grey House’ will be a massive track and i still stick by ‘Cant get fairer than that'”

Here is a teaser of ‘Can’t Get Fairer Than That’

Massive thanks to Jon Barnett